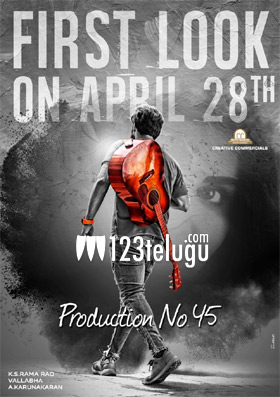 Mega Hero, Sai Dharam Tej’s ongoing project under Karunakaran’s direction is on its last leg of shooting. Touted as an out-and-out romantic entertainer, the film is gearing up for a late summer release.

Meanwhile, the latest update is that this film’s first look will be unveiled on April 28th. Sai Dharam Tej, who is going through tough phase has pinned hopes on this breezy entertainer.

Kerala beauty, Anupama Parameswaran will be seen as the female lead in this film. Senior producer KS Ramarao is bankrolling the movie and Gopi Sundar is scoring the music.