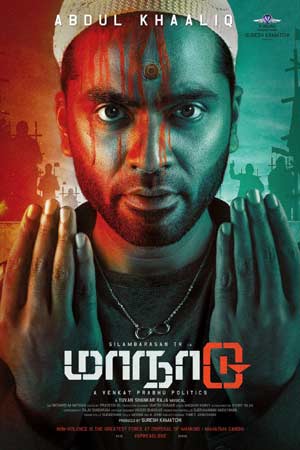 The shooting for Tamil star Simbu’s new film, Maanaadu resumed recently in Pondicherry. Currently, a few key scenes are being canned by the team in the ongoing schedule.

Meanwhile, the makers of Maanaadu released the first look poster today. Seen as a young Muslim man, Simbu’s look and the poster’s backdrop impressed the fans instantly and raised curiosity about the film.

Being directed by Venkat Prabhu, Maanaadu has SJ Surya in the antagonist role. Kalyani Priyadarshan is the female lead in the movie, which will have a simultaneous release in Telugu during Pongal, 2021.