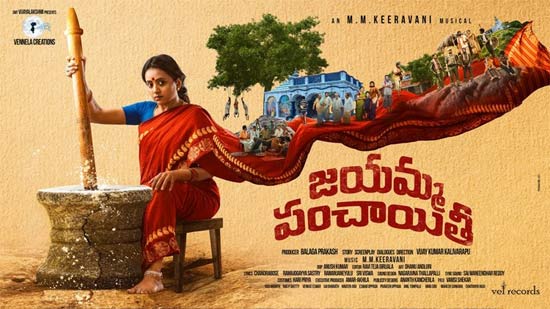 Suma Kanakala is making a re-entry into films with a village drama film. Today, mega power star Ram Charan launched the title and first look of the film.

Titled Jayamma Panchayathi, the first look poster presents Suma Kanakala in an intense avatar. The village atmosphere is explored in the poster that sees different elements. Going by the poster, Suma plays an authoritative role in the movie.

The first look poster makes a good impression on the film. Billed to be a village drama, Vijay Kumar Kalivarapu is making his directorial debut with the movie, while Balaga Prakash is producing it as Production No 2 of Vennela Creations.