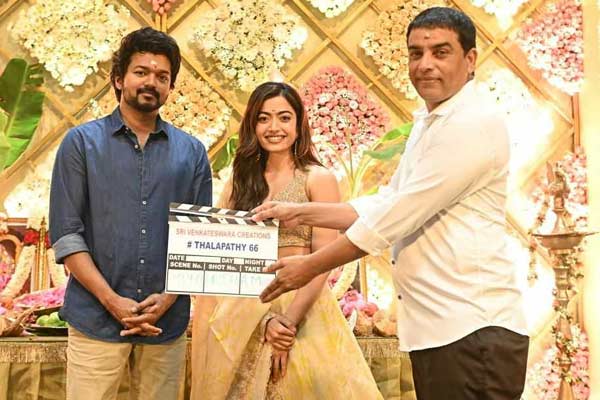 It is a known fact that star hero Vijay is doing a film in the direction of Vamsi Paidipally. The film was being shot in Hyderabad and already completed a lengthy schedule.

We have come to know that a special photoshoot has been planned in Chennai tomorrow. The makers are in plans to reveal the first look and title of the film on June 22nd which happens to be Vijay’s birthday as well.

Rashmika plays the female lead in this film which is a powerful social drama that is being produced by Dil Raju. Vijay has been paid big bucks for this film. Watch this space for more updates.