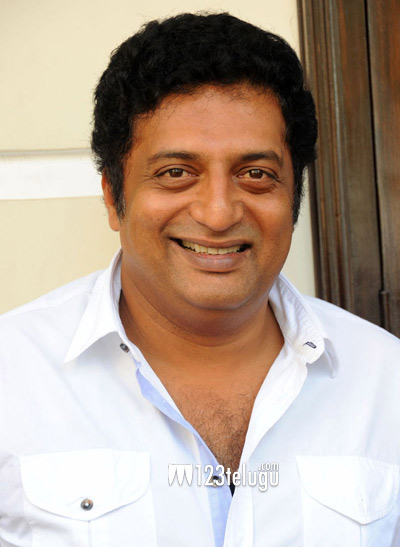 Prakash Raj is one of the most versatile actors of the film industry and has a pan India presence. He is now getting ready with his next directorial venture ‘Ulavacharu Biryani’. This movie is a trilingual and is being shot simultaneously in Tamil, Telugu and Kannada.

The shooting of the movie has started on 26th September in Mysore and the first schedule was completed recently. The unit is gearing up to start the second schedule very soon. This movie is a remake of super hit Malayalam film ‘Salt n Pepper’ and is going to be a romantic comedy entertainer. This movie has Prakash Raj, SP Balasubramaniam, Sneha and Oorvashi in the lead roles and will be releasing in the first half of 2014.

Prakash Raj is directing and producing this film on his banner ‘Prakash Raj Productions’. Maestro Illayaraja has composed the music of this film.