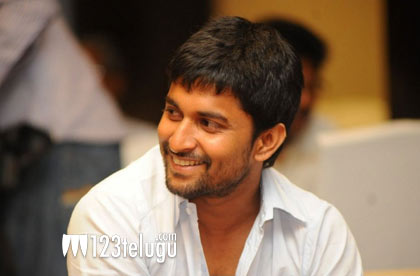 It is a long running joke in the Telugu film industry that our heroes fall for Tamil directors far more easily than boys fall in love with girls. This concept was caricatured by director Puri Jagan in the film ‘Neninthe’, where Venu Madhav changes his name to Senthil and is instantly given an opportunity by the hero for script narration.

Young hero Nani made some interesting comments today in an interview given to Eenadu. Nani says that both Krishna Vamsi and Mani Ratnam are his favourite directors. “For a Mani Ratnam movie, I won’t care about the story. I won’t even care whether the movie will be a hit or a flop. If he approaches me with a script, I will do it”, he said.

But for Krishna Vamsi and for other directors, the yardstick is different “Even though Krishna Vamsi is a favourite director of mine, I did not accept ‘Paisa’ until I heard the full story and was satisfied with it. I never accept a movie for the director. I only accept it for the script”, he said.

These comments have sparked an interesting debate in film circles. While some are supporting Nani, saying that Mani Ratnam is in a different league altogether, others are criticizing him for his comments.

One comment we overheard was “Will a flop be OK for a Tamil director but not for a Telugu director?”.

You can read that Eenadu interview here –Interview