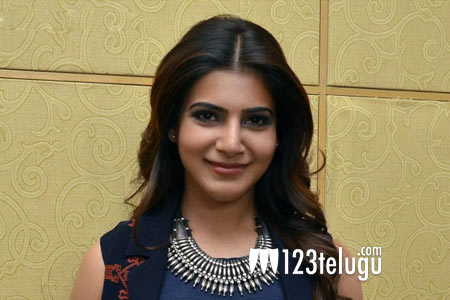 The suspenseful theatrical trailer for Samantha’s upcoming thriller, U-Turn, was unveiled today to a fabulous response. The film also features Aadhi Pinisetty, Bhumika Chawla and Rahul Ravindran in key roles. U-Turn will be hitting the screens on September 13.

Speaking at the trailer launch event, Samantha revealed that for the first time in her career, she had acted in a film produced by newcomers. She said that it has been quite a comfortable experience working with the film’s producers.

Srinivasaa Chhitturi and Rambabu Bandaru jointly produced the movie. U-Turn is an official remake of the acclaimed Kannada thriller with the same time and it is being made as a Telugu and Tamil bilingual. Both the remakes are directed by Pawan Kumar, who had helmed the Kannada original.