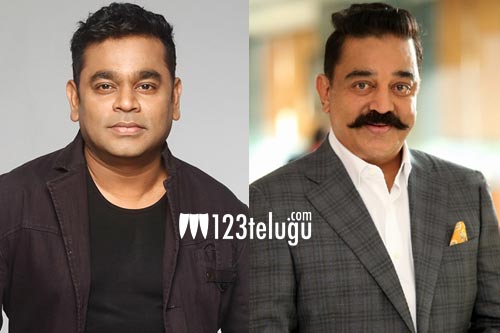 Here’s a thrilling news for all the fans of Tamil stalwarts Kamal Haasan and AR Rahman. Last night, Rahman tweeted a photograph of him posing with Kamal, revealing that he is happy to have teamed up with the legendary actor-filmmaker for a magnum opus.

Although neither Rahman nor Kamal revealed what their upcoming project could be, the buzz has it that Kamal has revived his ambitious Tamil-Hindi action thriller, Thalaivan Irukkiran (Amar Hai in Hindi). The film was first announced in 2015 and it was supposed to star Kamal and Bollywood hero Saif Ali Khan, with Kamal playing a negative role, apart from directing and producing the movie.

This will be the first time that Rahman will be composing music for a film directed by Kamal. Kamal’s Raajkamal International Films and Lyca Productions will jointly produce this big budget action thriller. Stay tuned for more details.