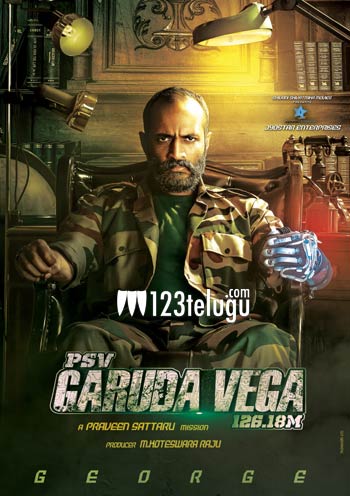 Senior hero Rajasekhar is busy shooting for his comeback film, an action thriller titled PSV Garuda Vega. The film was shot in several picturesque locales in Malaysia, Bangkok, Georgia, Singapore, Thailand and Mumbai. Already, more than 60% of the shooting has been completed .

Pooja Kumar is the film’s leading lady and Sunny Leone will be seen sizzling in a special song. Praveen Sattaru is directing this film.