Former heroine all praise for Charan’s simplicity
Published on Jan 17, 2019 8:45 am IST 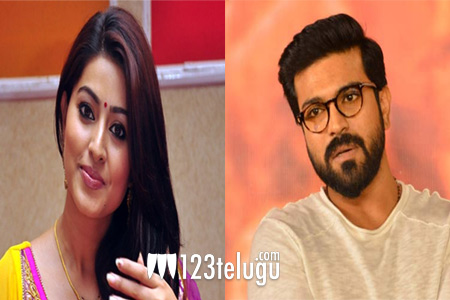 In the recently released Sankranthi entertainer, Vinaya Vidheya Rama, former heroine Sneha essayed a key role. She made a comeback in Tollywood after the 2015 hit, S/O Satyamurthy. In a latest promotional interview, Sneha was all praise for Ram Charan’s simplicity and energy.

“Initially, I was apprehensive about how Charan would mingle with other actors on VVR’s sets. But Charan floored me with his simplicity. He used to respect everyone and mingled with everyone without any ego or starry airs. Coming to his dances, I believe Charan has acquired all the energy in his dances from his father Chiranjeevi,” said Sneha.