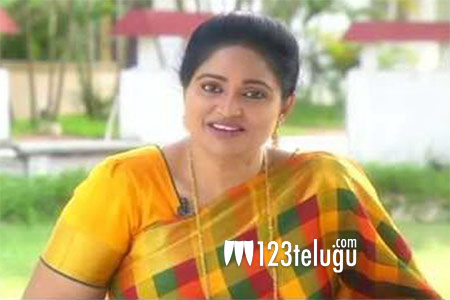 Former heroine Divyavani is well-known to Telugu audience through acclaimed movies such as Bapu’s Pelli Pustakam and Rajendra Prasad’s Mutyamantha Muddu etc. Divyavani was last seen in Ravi Teja’s 2001 film, Veera. She later got herself busy with TV serials.

Now, Divyavani is all set for a comeback in Tollywood after nearly 7 years. The actress will be seen as Keerthy Suresh’s mother in Mahanati, a highly-anticipated biopic on legendary yesteryear heroine Savithri. Divyavani is keen on signing more Tollywood projects this time around.