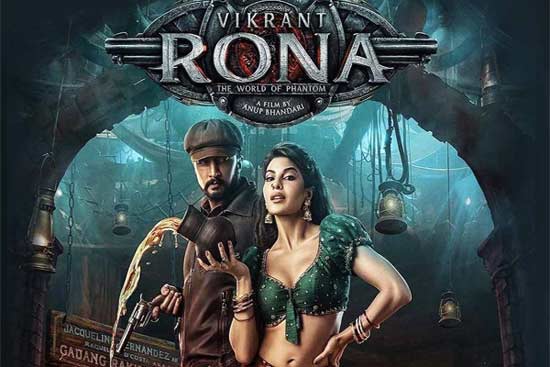 Kichcha Sudeep starrer Vikrant Rona was released on a PAN Indian range this July. The film registered decent collections at the box office. Its unique setting and the thrill factor helped the film to do well.

Former Indian spinner Anil Kumble watched the film recently and he is completely in awe of it. He took to his Twitter account and wrote that Sudeep gave a stellar performance in this mystery thriller.

He further added that the element of suspense remained till the end and extended his congrats to the entire team. It is directed by Anup Bandari of Rangi Taranga fame and stars Neetha Ashok, Jacqueline Fernandez, and Abhinay Raj in other key roles. From 16th September, the Telugu version of the film will be available to stream on Disney Plus Hotstar