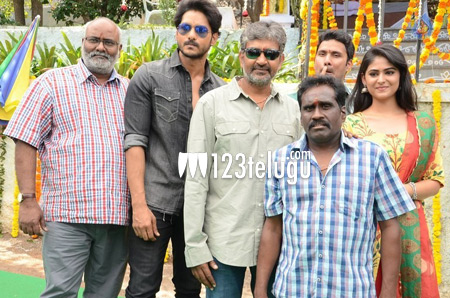 The project was formally launched in the midst of many celebrities including Rajamouli, Keeravani, Dil Raju and Vinayak. Trikoti is directing this movie and Sommi entertainments banner is producing the film.

Bharath Somi is the name of one of the nephews and he will be the producer. Ranjith Somi is the other nephew and he is making his debut as a hero. Botsa’s family has maintained close relations with several film personalities over the years.