Fought with my brother and family for people’s welfare: Pawan Kalyan
Published on Jan 27, 2017 10:18 am IST 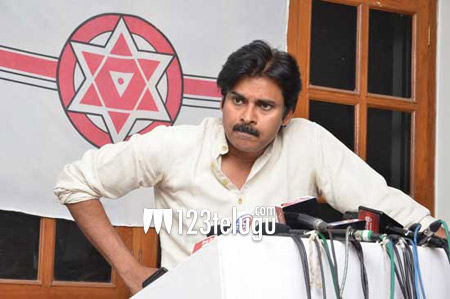 In the wake of AP government’s strict measures in preventing the youths’ protest for special status, film star and Jana Sena Party President Pawan Kalyan addressed the media this morning in Hyderabad. Pawan’s speech was totally centered around criticising the failures of TDP and betrayal of BJP.

Pawan said he established Jana Sena Party as people’s problems were not being solved for decades. “In the process, I even fought with my brother and family for people’s welfare,” said the Power Star.

Pawan further warned both BJP and TDP of a large scale public movement if they do not consider the hopes and aspirations of the 4 crores of Andhra people.