Four heroines in consideration for Chiranjeevi-Koratala Siva film?
Published on Jan 25, 2019 4:00 am IST 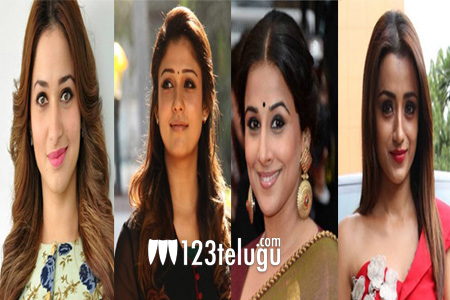 It’s well known that Megastar Chiranjeevi will be joining hands with director Koratala Siva for the first time after he wraps up, Sye Raa. Touted as a social drama, the project will go on floors in summer this year.

Now, if the latest reports are anything to go by, four leading heroines – Vidya Balan, Trisha, Nayanthara and Tamannaah – are said to be in consideration for the Chiru-Koratala Siva film. Apparently, one of these actresses will be finalized before the project commences. While Trisha had shared screen space with Chiru in Stalin, Nayan and Tamannaah are part of Sye Raa. Vidya is the only actress who has not acted alongside Chiru so far.

This as-yet-untitled movie’s pre-production work is underway at the moment. Ram Charan’s Konidela Productions will bankroll the project in association with Matinee Entertainments banner. Stay tuned for interesting updates.