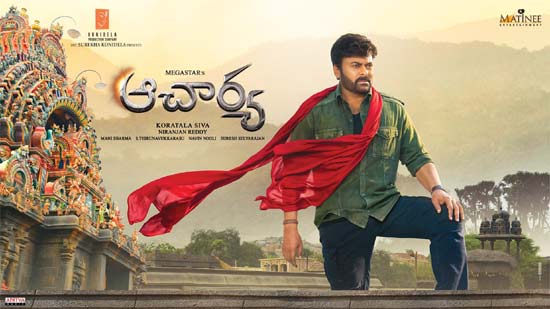 Much is being said and written about Acharya’s release date. While a few say the film is on course for Christmas release, others say it will be releasing next Sankranthi season.

The latest buzz is that Acharya is likely to release in theaters this Diwali season.

It is heard that the makers are eyeing November 4th as the optimal release date for the film. They opine that Diwali release will boost the box office prospects of the film. The final call is yet to be take though.

Barring two songs, the entire shoot of Acharya has been wrapped up. The Koratala Siva directorial stars Chiranjeevi, Ram Charan, Pooja Hegde, and Kajal in the lead roles.