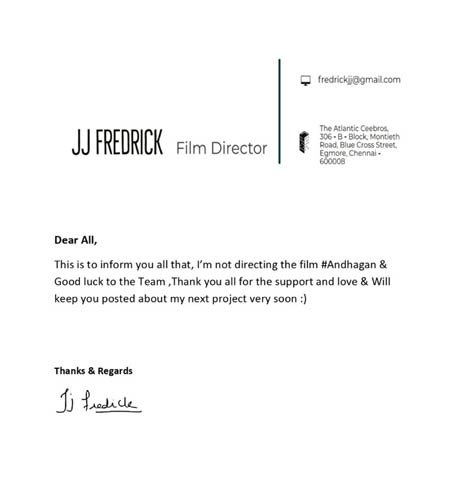 It is well-known that along with Telugu, Bollywood hit film, Andhadhun is being remade in Tamil. Starring Prashanth in the lead role, the film was supposed to be helmed by Mohan Raja but due to various reasons, he walked out of the project.

Later, the young filmmaker JJ Fredrick joined the crew as the director. Now, the latest news is that after helming some parts of the film, JJ Fredrick also walked out of the project. An official statement regarding the same came out this afternoon.

Have to see how Prashanth and his team will handle the project and fresh hurdles.