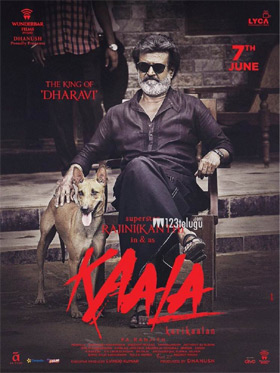 Super Star Rajinikanth’s keenly awaited gangster drama, Kaala, is gearing up for a grand worldwide release on June 7. However, the film may have to face a hindrance ahead of its release in Karnataka.

Members of a fringe Kannada political outfit named Kannada Chalavali Vatal Paksha threatened to stop Kaala’s release across Karnataka. The members condemned Rajinikanth’s recent statements on the Cauvery River water distribution issue. Rajini said that a board that will decide on Cauvery water distribution between Karnataka and Tamil Nadu must soon be former as per the Supreme Court’s guidelines.

The KCVP members also threatened to stop the release of Kamal Haasan’s Vishwaroopam 2, as the actor too had voiced a similar opinion as Rajinikanth on the Cauvery issue.