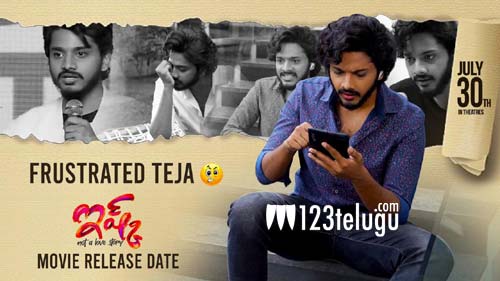 Young actors Teja Sajja and Malayalam beauty Priya Prakash Varrier’s romance thriller, Ishq, is all set for its theatrical release on July 30. The film was supposed to release earlier this summer, but the postponement was inevitable due to the COVID-19 second wave and the subsequent lockdown.

Now that the film’s release date is approaching, as part of the promotions, Teja today released a fun video. The video has Teja venting out his ‘frustration’ as Ishq had to be postponed due to the pandemic. Ishq is an official remake of the acclaimed Malayalam romance thriller of the same title, and Teja reprises Shane Nigam’s role from the original.