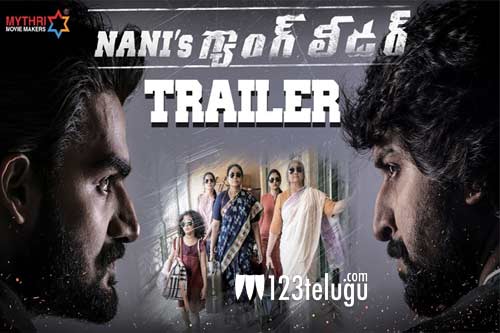 Nani is back with another film post the success of his last film Jersey. Titled Gang Leader, he has teamed up with Vikram Kumar for this film.

The trailer of the film is out now and showcases Nani as this crime novel writer who helps a lady gang take revenge on Karthikeya.

The mood the trailer is quite interesting as Vikram Kumar creates fun characters and at the same time, generates a lot of curiosity as to why the revenge is happening in the film.

Nani looks set in his hilarious role of Pencil and is a treat to watch. For now, the trailer looks set and Mythri Movie Makers are surely living up to their expectations.