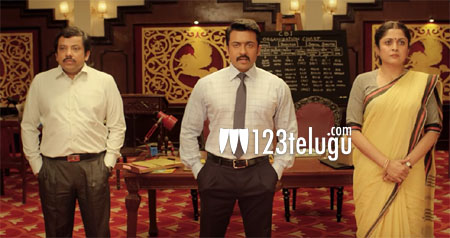 The much-awaited teaser of Tamil star Suriya’s upcoming film, Thaana Serndha Kootam, is out this evening and it’s a complete fun ride. The teaser showcases Suriya in one of his best on-screen looks. The charming hero is in his element with comedy.

TSK is said to be a remake of the super hit Bollywood heist thriller, Special 26. The film stars Keerthy Suresh as its female lead, while Ramya Krishna and senior Tamil hero Karthik essay important roles. The teaser of the Telugu version, Gang, will be out soon.

Vignesh Shivan is the film’s director and Suriya and his cousin Gnanavel Raja are jointly producing it. Anirudh Ravichander is the music composer. UV Creations banner is going to release the Telugu version during Sankranthi season.