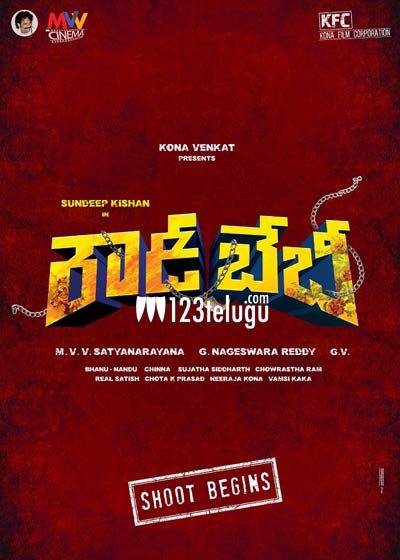 Hero Sundeep Kishan’s new film has commenced its shooting formalities this morning in Vizag. A formal puja ceremony was held in the presence of several political leaders to kick-start the project. The film has been interestingly titled as Rowdy Baby, inspired by the super hit song from Dhanush and Sai Pallavi’s Maari 2.

Rowdy Baby is being directed by comedy entertainers specialist G Nageswara Reddy and produced by Vizag MP MVV Satyanarayana under noted writer-producer Kona Venkat’s presentation. Even though an official announcement is awaited, Mehbooba girl Neha Shetty is said to have been roped in to play the leading lady in the movie. Chowraasta Ram is composing the music.
Show quoted text