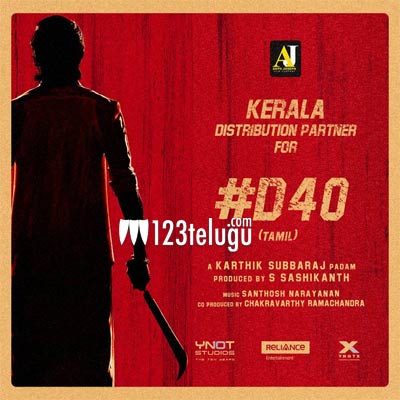 It’s well known that Tamil star Dhanush’s 40th film is being directed by acclaimed Tamil filmmaker Karthik Subbaraj. Touted as a gangster thriller, the film had its major portion shot in London.

Guru, Game Over and Vikram Vedha fame Sashikanth is bankrolling this as-yet-untitled film in association with Reliance Entertainment. The film is slated to release this summer.