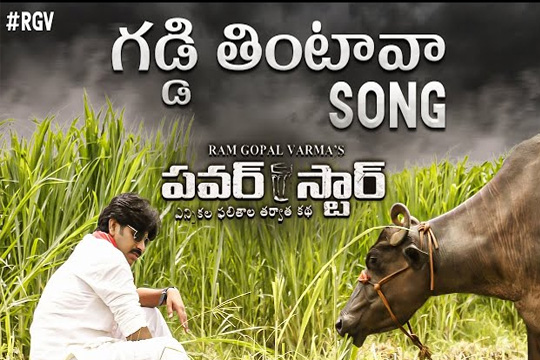 Director Ram Gopal Varma today released the ‘Gaddi Thintava’ song from his upcoming controversial film, Power Star. However, much to RGV’s disappointment, the song has not managed to find any takers upon its release. It seems even enraged fans are not much bothered about the film or RGV’s motive.

Gaddi Thintava song showcases the film’s protagonist spending some time with the cattle in his farmland. The visuals and the vocals are an imitation of none other than Power Star Pawan Kalyan, whom RGV is targeting through this film. Whether the film manages to create any buzz when it releases on July 25 remains to be seen.