Ganesh Acharya to choreograph dances for Allu Arjun
Published on Feb 12, 2013 4:00 am IST 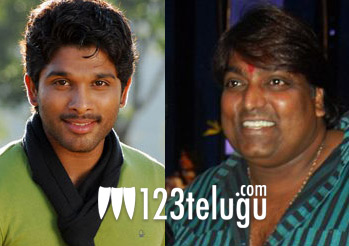 Allu Arjun’s upcoming film Iddarammayilatho is turning out to be quite an interesting project. Puri Jagannadh is directing the film and Bandla Ganesh is producing it. First, Puri Jagannadh roped in Amol Rathod as the cameraman for the film and then Thailand based action choreographer Kecha joined the film. The latest member to join the film’s crew is hotshot dance choreographer Ganesh Acharya. He had choreographed dance sequences in several superhit films like Bodyguard, Singham, Omkara and countless Govinda’s films. Recently, he shared the screen with Prabhu Deva in India’s first 3D dance film ABCD. Ganesh Acharya is expected to bring in his unique style of dancing to Iddarammayilatho and with a phenomenal dancer like Allu Arjun, all the dance moves are going to be a treat to watch on screen. Currently, the film is being shot in Barcelona. Amala Paul and Catherine Tresa are playing the lead roles. Devi Sri Prasad is scoring the music.