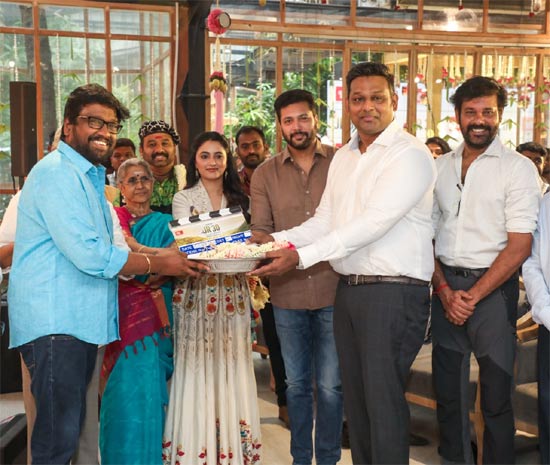 Most happening Kollywood actress Priyanka Mohan was last seen on Don, which scored a massive hit at the box office. She is familiar to Telugu audiences with Gang Leader and Sreekaram. Today, a new movie of the actress has been launched officially.

The new film has Jayam Ravi in the lead role. Directed by Rajesh M, the untitled flick has launched with a formal pooja. The movie’s regular shoot will kickstart next Friday in Kerala.

Produced by Screen Scene, the movie has Rao Ramesh, Natty Nataraj, Vtv Ganesh, and others in pivotal roles. The film has music composed by Harris Jayaraj. More details of the movie will be revealed in the coming days.