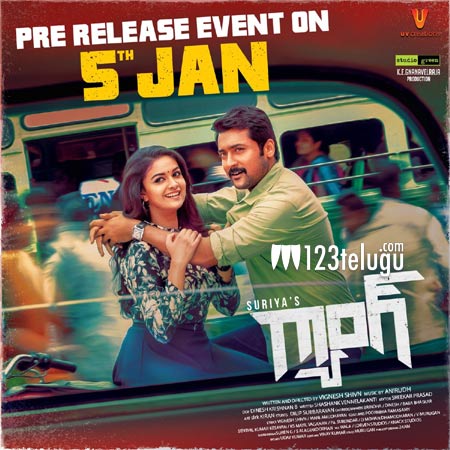 Suriya’s Gang is all set for a massive release on the 12th of this month as a Sankranthi special. The censor formalities have also been wrapped up and the latest we hear that the pre-release event of this film will be held on the 5th of this month in JRC Convention Hyderabad.

Suriya and the entire star cast will be present on this occasion. Gang is the remake of the hit Hindi film Special 26 and has Ramya Krishna in a crucial role.

Keerthy Suresh plays the female lead in this film which is directed by Vignesh Shivan. Anirudh scores music.