Gangstars gets positive buzz from special screening
Published on May 31, 2018 3:23 am IST 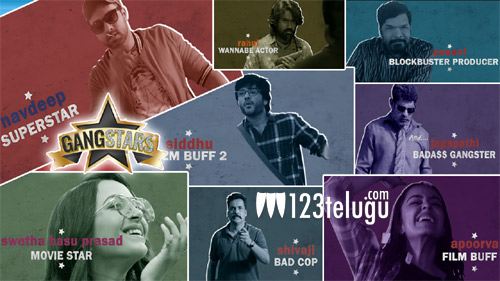 Gangstars, the first Telugu series to be aired on Amazon Prime, is expected to be a crucial project in the course of digital revolution in Telugu film industry. Although a bunch of filmmakers and actors have associated themselves with web series and short films in recent past, the stakes are much higher for Gangstars, and given that it has a lot of big names associated with it, expectations are much higher.

The series is going to be aired on Amazon Prime on June 1. Couple of days prior to its release, the makers screened couple of episodes to the media and a select few people, and the response has been largely positive. The quirky nature of the story and innumerable references to film industry will be an instant hit with the audience, as per the early buzz. Jagapathi Babu, Navdeep, Siddhu Jonnalagadda, Swetha Basu Prasad, Apoorva, Posani, Prithvi and several others are part of the cast.z

Directed by Ajay Bhuyan, the series revolves around a bunch of characters whose lives are intertwined in a quirky manner. The story has been written by Nandini Reddy, and it has been jointly produced by Vijayanthi Movies banner and Sillymonks Entertainment limited. Sai Karthik has scored the music.