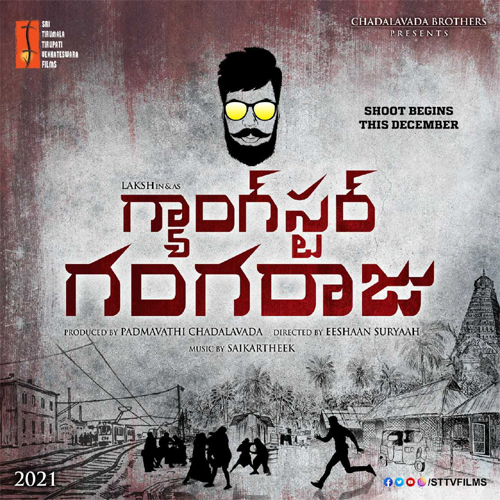 After thrilling the audience with the suspense thriller “Valayam”, Laksh is back with another intriguing project titled “Gangster Gangaraju”. Padmavathi Chadalavada of popular and successful production house Sri Tirumala Tirupati Venkstwshwara Films will bankroll the project while Chadalavada Brothers present it.

Young and promising director Eeshaan Suryaah will helm the film. The title first look of “Gangster Gangaraju” has been unveiled and Laksh will be seen in a new dimension character in the film.

The film has music composed by Sai Karthik. The film will also feature popular actors will start rolling from December.