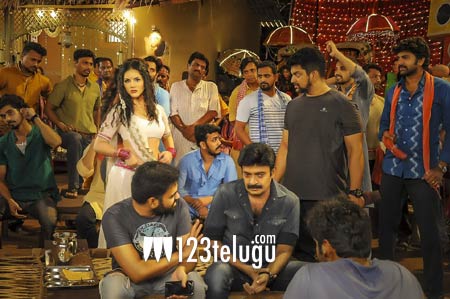 It is a known fact that a special song was being shot on Sunny Leone in Mumbai for the Rajasekhar starrer Garuda Vega. The latest update is that the song has been wrapped up and the post-production formalities are in full swing.

The makers are planning to release the film during this summer and are planning for the same. Touted to be a hard-hitting commercial drama, Rajasekhar will be seen in a completely new avatar in this film which is the most crucial his career currently.

Directed by the talented Praveen Sattaru, this film has Pooja Kumar as the female lead. More details about the genre of the film will soon be revealed.