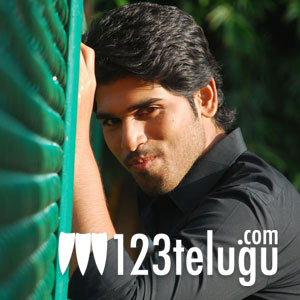 The second schedule of Allu Sirish’s debut film Gauravam is going to wrapped up in a day or two. Radha Mohan is directing this bilingual film and Prakash Raj is producing the film on Duet Movies banner. Allu Sirish, Yami Gautam, Sri Charan, Nasser and Prakash Raj are playing lead roles in this social drama. The film’s shooting began couple of months ago near Mysore and the second schedule was recently held in Rajahmundry.

Major part of the talkie has already been wrapped up and the buzz is that the entire film’s shooting is going to be wrapped up in two more small schedules. Thaman is composing the music. The film is reportedly based on the theme that hierarchy and caste is given more importance than talent even today in our society.

Prakash Raj’s earlier production ventures like Aakashamantha and Dhoni were very well received critically and Gauravam too is expected to make a similar impact.