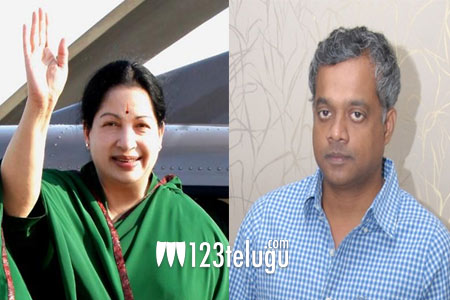 Earlier this year, couple of Tamil filmmakers announced that they were going to make a biopic on Jayalalithaa. One of them, which will be directed by Priyadarshani, has Nithya Menen in a lead role, and another version of the biopic has been announced by director Vijay.

While both these films haven’t started their principal shooting yet, the latest news is that Gautham Menon too is directing a biopic on Jayalalithaa, although it is being made as a web series. Interestingly, he is said to have already begun shooting the web series, and Ramya Krishna is playing the lead role.

Indrajith has been roped in to play MGR, whereas Vamsi Krishnan has been cast as Shoban Babu. A formal announcement about the series is expected to be made soon.