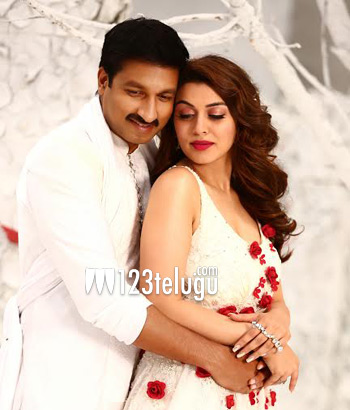 The principal shooting of Gopichand’s upcoming film Gautham Nanda is in the last leg of production. Currently, a romantic song – Bole Ram Bole Ram – is being canned on Gopichand and Hansika in a specially erected set in Hyderabad. Directed by Sampath Nandi, the song is said to be one of the major highlights in the film.

“After ‘Vana Vana’ in Rachcha and ‘Choopulatho Deepala’ song in Bengal Tiger, Sampath Nandi is going to impress everyone with his new song – Bole Ram Bole Ram – in Gautham Nanda. Gopichand and Hansika’s chemistry is going to be treat for the audience,” J Pulla Rao and J Bhagavan, the producers of the film, said.

The film also stars Catherine Tresa in a lead role. Thaman has scored the music and Sounder Rajan is the cinematographer. The film is slated for release in July.