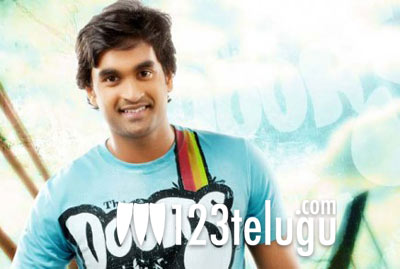 Brahmanandam’s son Gautham will soon be seen in a film titled Basanthi. Chaitanya Dantuluri (of Baanam fame) is directing it and the film’s shooting began today. The first schedule will go on till the end of the month. A new heroine is being introduced in this action drama. The film has a caption – A love story between a kite and a flight and the first look of the film gives a glimpse of what to expect from the film.

Mani Sharma is scoring the music and the songs have reportedly come out really well. Anil Bhandari is the cinematographer and Marthand K Venkatesh is the editor. More details about the film will be announced soon. Gautham had earlier acted in Pallaki Lo Pellikuthuru and Varevva; however, neither of them clicked at box office.