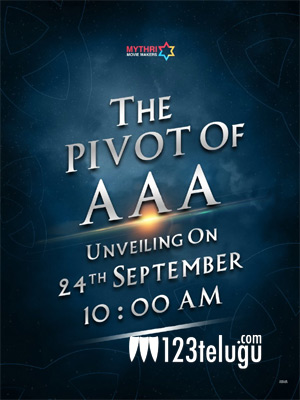 After the interesting concept and first look posters, the makers of Ravi Teja-Sreenu Vaitla’s upcoming comedy entertainer, Amar Akbar Anthony, are all set to release the film’s pivot on September 24 at 10 am. The pivot is expected to be the much-awaited visual teaser.

Amar Akbar Anthony has completed its shoot long back and the post-production work is underway in full swing. The film is slated for release on October 5 amid high expectations on the Venky combo. Ileana is making her Tollywood comeback after 6 long years and this further added to the hype surrounding the movie.

Mythri Movie Makers banner is bankrolling the project and Thaman is scoring the music. Stay tuned for further updates.