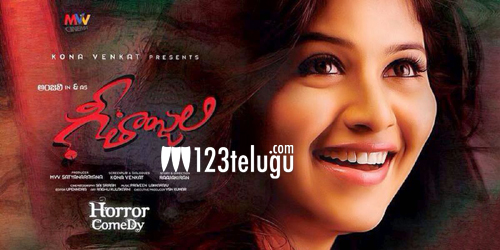 As we all know that talented actress, Anjali will be playing the lead role in the horror comedy Geetanjali. Already, this film is in much news because of many special appearances, and according to the latest update, Geetanjali’s audio will be released on 20th of this month.

The event will be held at JRC convention center in Hyderabad. Yet another update is that the theatrical trailer and and a promotional song will be launched by the team.

Kona Venkat presents this film which also has comedy King Brahmanandam in a major role. Debutante Raj Kiran is directing this flick which is produced by M V V Stayanarayana.