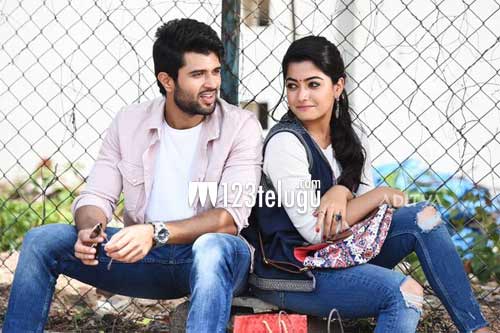 There is no stopping for Vijay Deverakonda’s Geetha Govindam. The film has registered some mind-blowing numbers at the box office in its five-day extended weekend. The film is performing exponentially well not only in the Telugu states but also in overseas markets.

According to the latest reports, the film has collected a whopping sum of A$ 202,266 in Australia. This is more than the Bollywood films that released last Friday, Gold and Satyamevajayate, and combinedly collected A$ 192,306. On the other hand, Geetha Govindam collected close to $1.5 million in the US and is racing towards the $2M mark.

Directed by Parasuram, Geetha Govindam has Rashmika as the female lead. Geetha Arts has bankrolled this fun romantic entertainer.