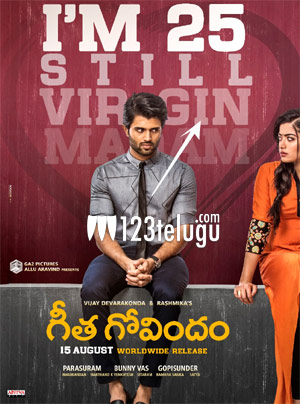 The chemistry between Vijay and Rashmika will be the major highlight of Geetha Govindam. Parasuram has directed the movie and Bunny Vas has produced it. Malayalam music composer Gopi Sunder has scored the film’s music. Allu Aravind is the presenter for the movie. Details regarding Geetha Govindam’s teaser and trailer release dates will be announced soon.