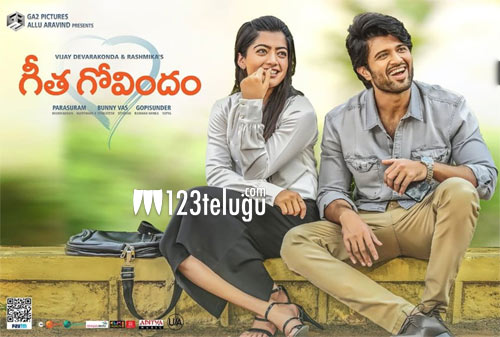 Looks like there is no stopping Geetha Govindam at the box office as the film is going well all over the areas of its release. The latest we hear is that the film has made a total share of 9.4 crores in both the Telugu states after the two days of its release.

The film has been sold to a decent pre-release business of 11 crores and now with the filmmaking 9.4 crores in just two days, everyone involving in it are already safe.

Upon this, there are the satellite and Hindi rights which will fetch the makers more money. As there are no big releases, the film is easily set to cross the 25 crore mark, in the long run, making it a blockbuster hit.

Here are the area wise collections after the first two days.