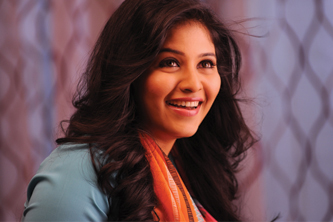 Anjali starrer Geethanjali is making brisk progress and already 80% of the film’s shooting has been wrapped up. Raj Kiran is directing the film and it is being produced by MVV Sathyanarayana under MVV Cinema banner. Kona Venkat is presenting it.

Talking about the film’s progress, Kona Venkat said, “Geethanjali will be a milestone in Anjali’s career and it will work wonders for her just like what Arundhati did to Anushka’s career. It’s a different horror comedy and it’ll have lots of comedy. We are planning to release the film in mid June.”

Harshvardhan Rane is playing a cameo in the film and Sreenivas Reddy has an important role, apart from Brahmanandam, Dhanraj and few others. Sai Sreeram is the cinematographer.