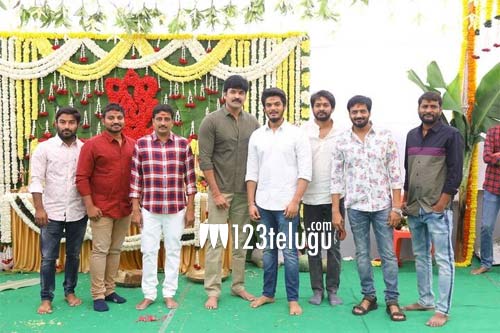 After the much-talked-about biopic, George Reddy, director Jeevan Reddy’s next film has been launched this morning in Hyderabad. The film, interestingly titled Chor Bazaar, has Puri Jagannadh’s son Akash Puri as the main lead. Going by the title and Akash’s muhurat shot, the film seems to have an intense and rugged backdrop set in the world of flea markets.

Chor Bazaar’s regular shoot will kick-start from February 26. The film also features popular character artiste Subbaraju and yesteryear heroine Archana of Ladies Tailor fame. VS Raju is bankrolling the film under V Productions banner. Suresh Bobbili will be composing the music. The makers are yet to zero in on the film’s leading lady.