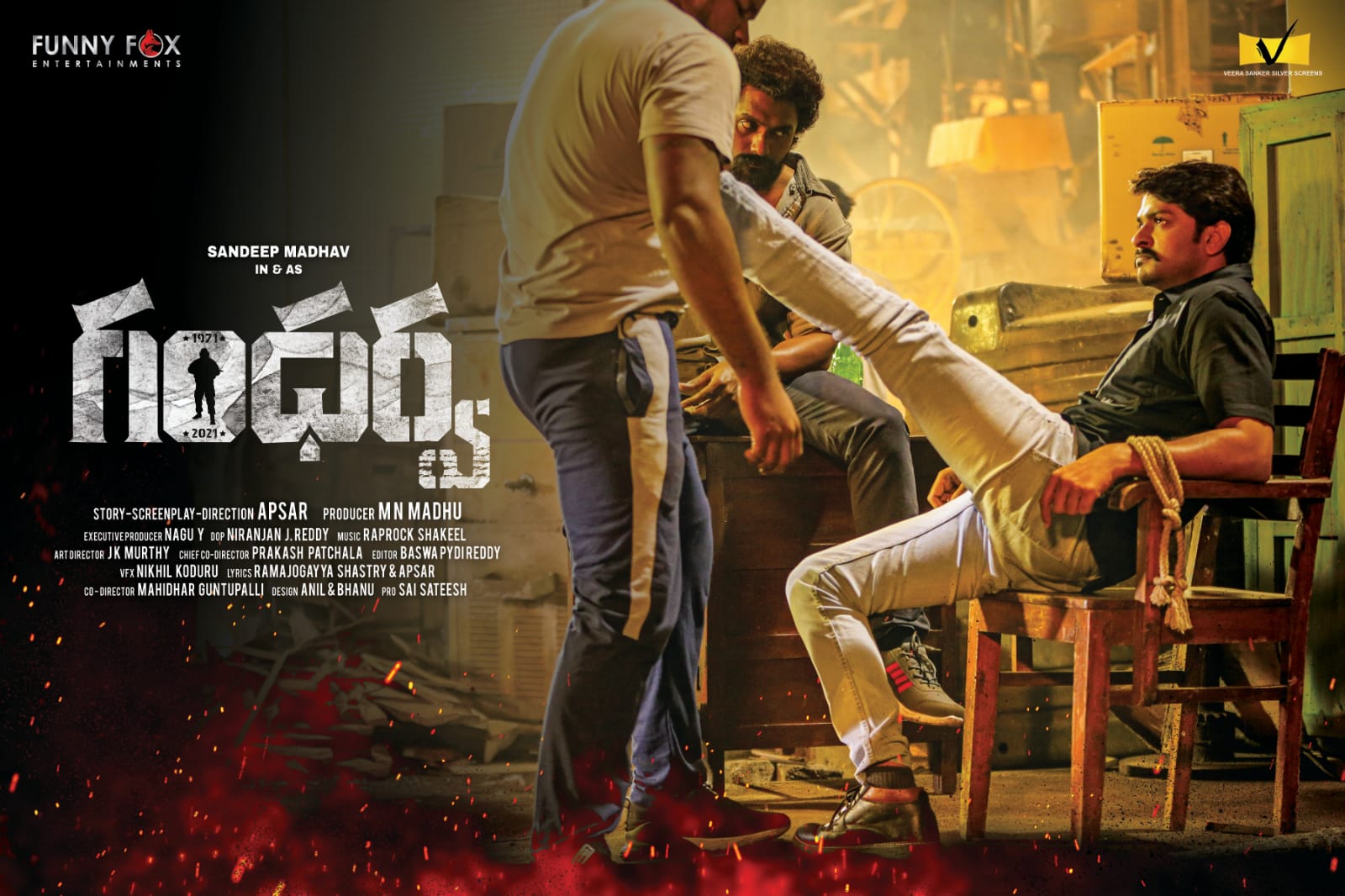 Young hero Sandeep Madhav impressed everyone with his subdued performance in and as George Reddy. The actor will next be seen in an intense action drama, Gandharwa. The film’s first look and motion poster have been released today on the occasion of India’s 75th Independence Day.

Gandharwa is touted to be a first of its kind film in Indian Cinema. The action-packed first look has Sandeep bashing up the baddies, while his hands are tied to the chair. The film’s shooting is nearing completion. Gandharwa is being directed by debutant Apsar Hussain.

Gayathri R Suresh is the female lead in Gandharwa, while Sheetal Bhatt is the other female lead in the film produced by MN Madhu under Funny Fox Entertainments and Veera Sanker Silver Screens banners. Nagu Y is the executive producer. Sai Kumar and Suresh play important roles in the movie.