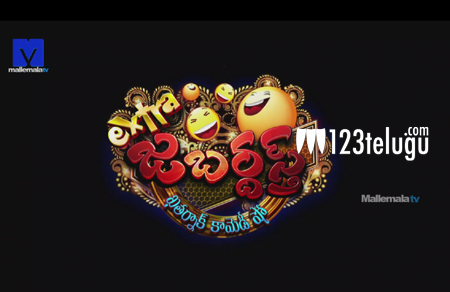 Mallemaala Entertainments, have been in film making business for over a period of 25 years now. This prestigious banner has made award winning films like Arundhati, and have catered to every section of the audience. Not limiting themselves to films, Mallemaala ventured into television, and launched several TV shows such as Genes, Dhee, Adhurs, Cash and the highly successful Jabardasth. These shows not only gained huge popularity, but revolutionized the Television industry big time.

Keeping in mind the splendid success of the comedy show Jabardasth, the makers have now decided to bring in more fun and entertainment with a new show titled Extra Jabardasth. Judged by actors Naga Babu and Roja once again, this show will be aired in ETV on every Friday 9 30 pm. More details on the participants, and the format will be announced shortly. So what are you waiting for, get ready for some extra fun, laughter and hilarious entertainment in the form of Extra Jabardasth.