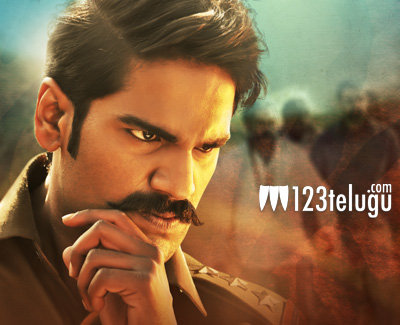 Jayadev, an action drama directed by Jayanth C Paranji, is gearing up for release later this month. Jayanth is introducing Ghanta Ravi, son of AP Minister Ghanta Srinivasa Rao, as a lead actor in this film and K Ashok Kumar is producing it.

Recently, the team unveiled a promo for the third song and the audio is expected to be unveiled soon. Ghanta Ravi will be seen as a strict police officer in this film and the team says that it has all the ingredients of a commercial potboiler.

Mani Sharma has scored the music and the film is expected to hit the screens in the last week of May.