Give me one more chance in Tollywood: Young actress gets emotional
Published on Dec 19, 2019 3:46 pm IST 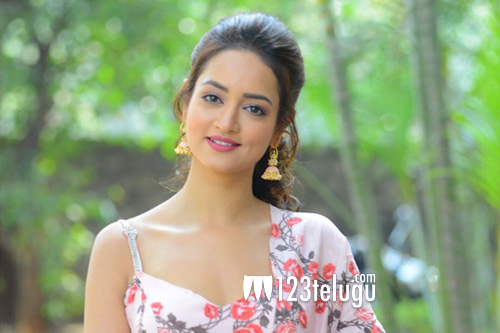 It was an emotional evening yesterday for Shanvi Srivastava, the talented young actress who was seen in Lovely, Adda and Rowdy. Shanvi broke down to tears while speaking at the promotional event of her upcoming release, Athade Srimannarayana, in Hyderabad yesterday.

“After Rowdy, I was literally jobless for nearly one and a half years. I was only 19 at the time and the gap had made me lose my confidence. It was then that Sandalwood had welcomed me. I urge Telugu filmmakers to give me one more chance,” Shanvi said as she moved to tears.

Shanvi is now a prominent heroine in the Kannada film industry. Her Athade Srimannarayana, also starring Rakshit Shetty as the main lead, is releasing in 5 Indian languages on January 1.