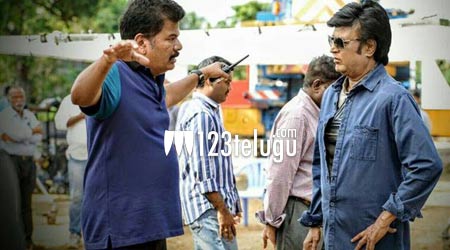 The highly-anticipated update on Super Star Rajinikanth and maverick director Shankar’s sci-fi thriller, 2.0, is here. Shankar took to Twitter just a while ago and revealed that the film’s first few glimpses will be released tomorrow. Needless to say that this will be a perfect Vinayaka Chavithi treat for Thalaivar fans.

Currently, the film’s post-production formalities are going on at a jet speed. 2.0 will feature world-class visual effects. Expectations are humongous on this visual extravaganza as the first part, Robot, was a huge blockbuster.

Akshay Kumar and Amy Jackson play important roles in this film. AR Rahman has scored the film’s music and Lyca Productions banner has bankrolled the project with a whopping 400 plus crore budget. 2.0 is going to hit the screens on January 25, 2018.

Glimpses of what we've been upto …tomorrow 6pm #2point0