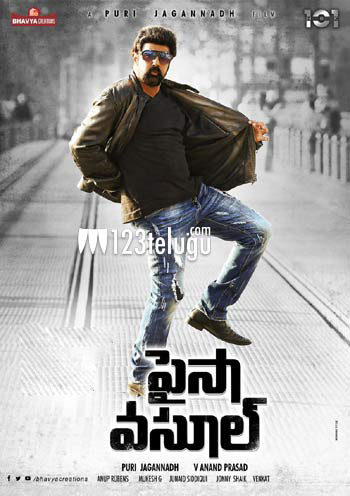 Around a couple of months ago, on the sets of Paisa Vasool in Lisbon, Portugal, Nandamuri Balakrishna performed several daredevil stunts for a racy car chase sequence. Today, the makers unveiled a making video of Balayya’s real car stunt.

The short making video showcases Balayya and the film’s leading lady Shriya sitting in a car and Balayya spinning the four-wheeler as the dust engulfs the screen. This is just a glimpse and fans will be in for some treat when the movie hits the screens on September 1st.
Paisa Vasool’s audio launch event will be taking place on the 17th of this month in Khammam. Muskaan is making her silver screen debut with this film and Kyra Dutt will be seen sizzling in a special song. Anand Prasad is producing the movie on Bhavya Creations banner.