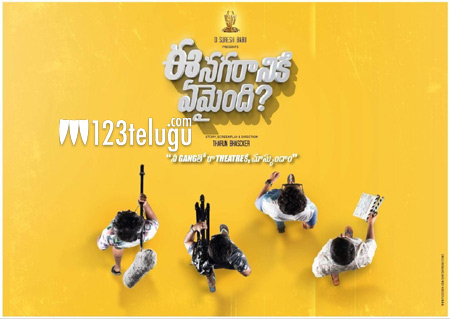 It is a known fact that Pelli Choopulu fame, Tharun Bhaskar is ready with his second film titled Ee Nagaraniki Yemaindi. The film is complete and is ready for its release.

Suresh Productions, who is producing this film had a special screening for a selected few and all those who saw the film have only good things to say about the urban comedy.

The film deals with the lives of a few close friends and looks like Tharun has once again managed to create a good impact with his film. Starring all newcomers, the release date of the film will be announced soon.