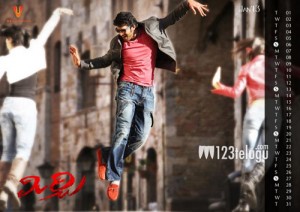 The audio album of Young Rebel Star Prabhas’s ‘Mirchi’ will be released this Saturday. Music has been scored by Devi Sri Prasad and as a result, there are good expectations over the music. DSP has been in superb form in 2012 and this will be his first release of 2013. The movie is currently under post production and it is getting ready for a February release. Anushka and Richa Gangopadhyay will be seen as the heroines in the movie.

The photos and wallpapers seem to indicate a stylish flick. Koratala Shiva is the director of the movie and he is making is debut with this film. The movie is being produced by Pramod Uppalapati and Vamsi Krishna Reddy.