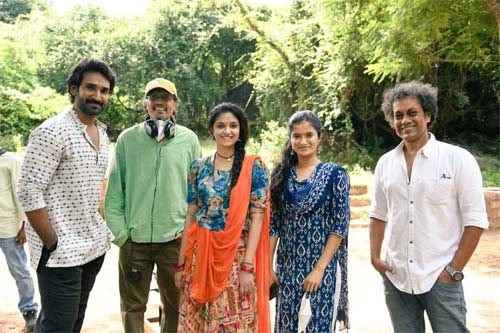 Keerthy Suresh, Aadhi Pinisetty starrer Good Luck Sakhi garnered a lot of attention last month when the team unveiled the first teaser of the film. The story revolves around a chirpy girl from the Banjara tribe and how she goes on to become a national champion in rifle shooting.

After a long gap, the team shot some important sequences recently in Hyderabad, and with this the entire shoot has been wrapped up. Keerthy Suresh, Aadhi Pinisetty, and several other key artistes took part in the shoot.

Good Luck Sakhi is being directed by acclaimed Bollywood filmmaker Nagesh Kukunoor, and this is his first full fledged film in Telugu. Devi Sri Prasad is scoring the music. Sudheer Chandra and Shravya Varma have jointly produced the movie under Worth A Shot banner. Dil Raju is presenting the movie. More details about its release will be announced soon.